The mission of the NIA, Inc. is to document and preserve the rich history of the contributions made by the Norwegian Immigrant Community living in the greater New York area and to make this information readily available to researchers and interested persons in all fields through technology, media, exhibits and educational/cultural events.

The Norwegian Immigration Association, Inc. (NIA) was established in 1995 as a grass roots effort to celebrate the lives of the Norwegian immigrants who settled in the New York region. By that time, a scant number of Norwegians and their descendants remained in the area. The NIA reached out to all Norwegian-American residents and former residents of New York for funding, artifacts, documents, pictures, etc. to create an exhibit, honoring our heritage. April 26, 2000, the exhibit Norwegians in New York 1825 to 2000: Builders of City, Community and Culture opened at the Ellis Island Museum in New York. Ellis Island curators reported that 2 million visitors passed through the exhibit in six months. Eleven hundred guests attended the opening gala. King Harald and Queen Sonja opened the ceremony and cut the ribbon.

Since 2000, five smaller, rotating exhibits have been shown at the NCHHC – we have digitized most of the matter on display, available here, and we are currently (2015) working with the National Library of Norway to digitize and publish Nordisk Tidende online. 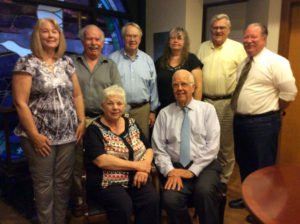 Below we have listed some of our friends and partners in preserving the Norwegian heritage of N.Y. immigrants. If you would like to be added to this list, please let us know by sending us an email or commenting below: